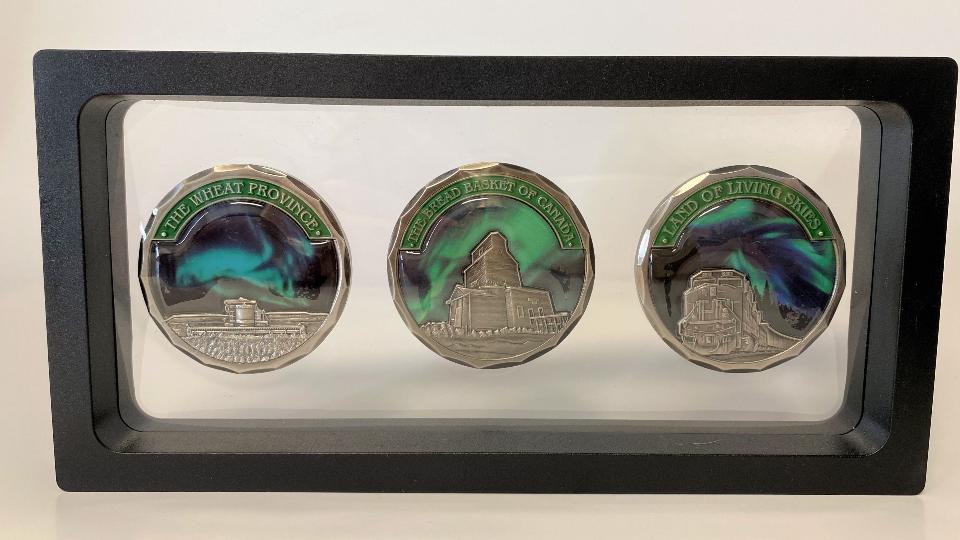 RCMP Const. Ariane Muirhead started designing commemorative coins in 2015, with a coin created to recognize PTSD (Post-Traumatic Stress Disorder) among first responders, and to raise money to support mental health initiatives. To date, 3,000 of these coins have been sold across Canada.

Constable Muirhead has designed other coins over the years, and has raised an impressive $125,000 for community groups like the Robert G. Combe Royal Canadian Legion, the Melville Food Bank, Rail City Industries, Melville Community Works, and the breakfast programs in local schools.

Prairie Co-op has partnered with Constable Muirhead to sell her latest collection of commemorative coins: her Saskatchewan collection. There are three different coins in this collection, each with an iconographic Saskatchewan image featured against the Northern Lights. The Wheat Province depicts a swather; The Bread Basket of Canada depicts a grain elevator; and The Land of Living Skies depicts a train engine. The back of each coin depicts the Saskatchewan shield of arms and the crown, surrounded by ten maple leaves. 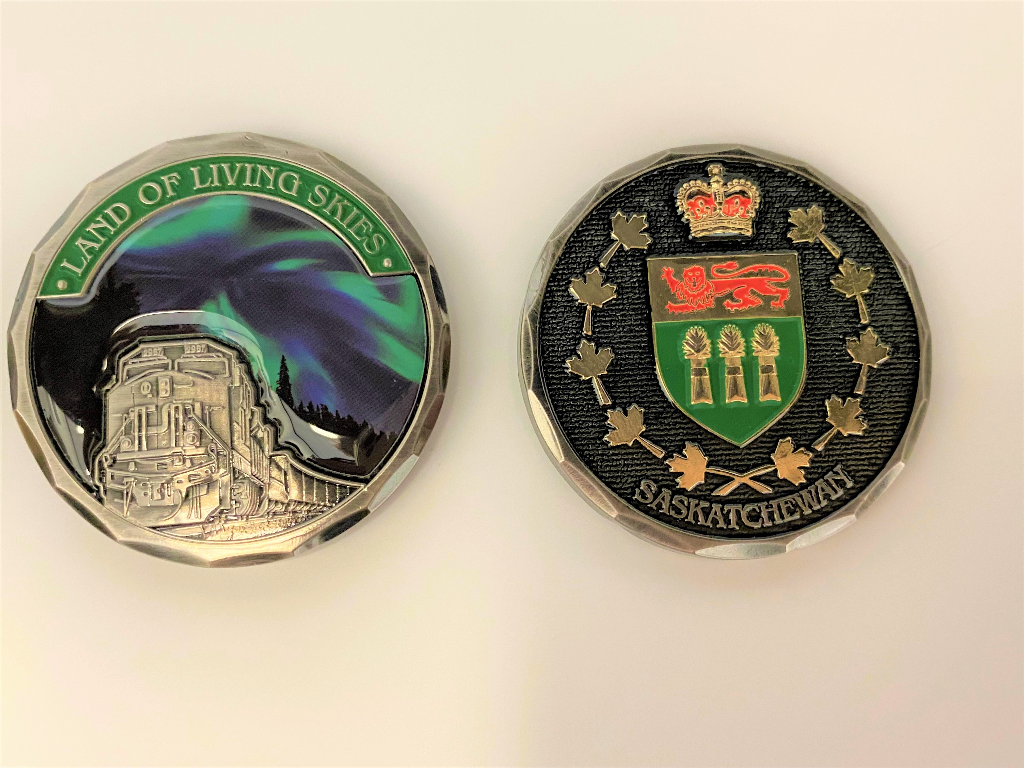 The coins were available in sets of three and singles, and were distributed to several Prairie Co-op locations in late November.  They were incredibly well-received by our customers, and quickly sold out.  We raised a total of $1,820.  All the proceeds will go to fund the breakfast/nutrition programs in our communities’ schools: Davison School, North Valley Elementary, St. Henry’s Junior School, Lipton School, Ituna School, Kelliher School, and Bert Fox High School. Each school has a $260 Co-op Gift Card to purchase items to feed their students. 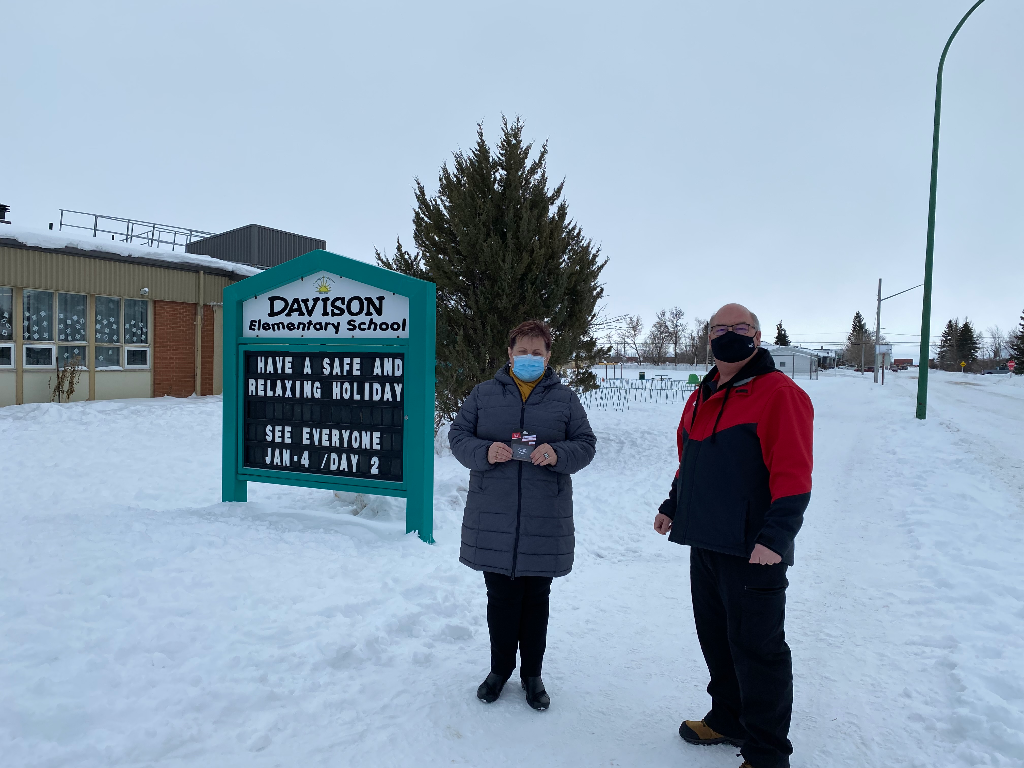 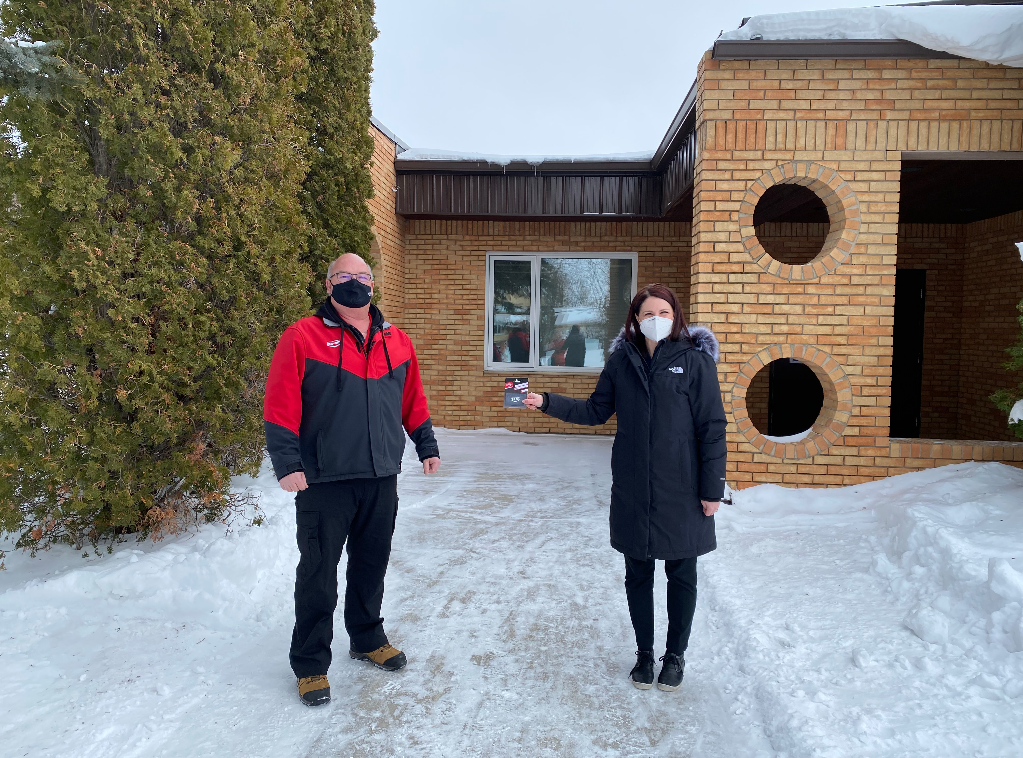 On Thursday, January 20, our Petroleum Manager, Chad Kohlenberg stopped by North Valley Elementary in Neudorf to present them with their $260 Co-op Gift Card. 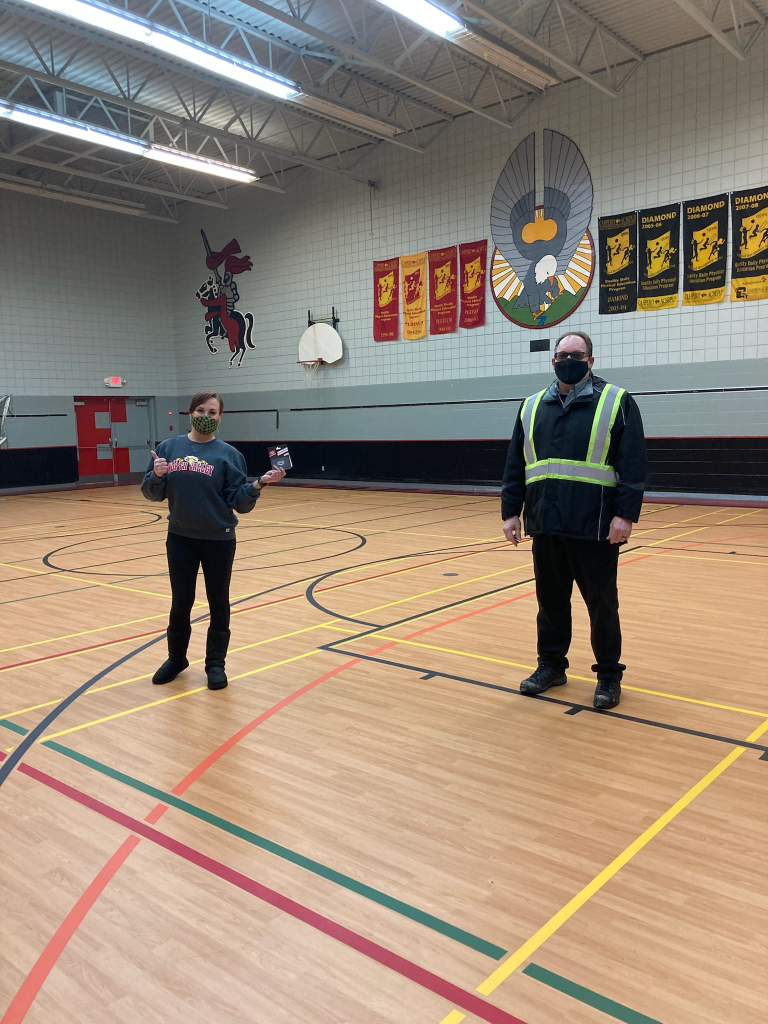 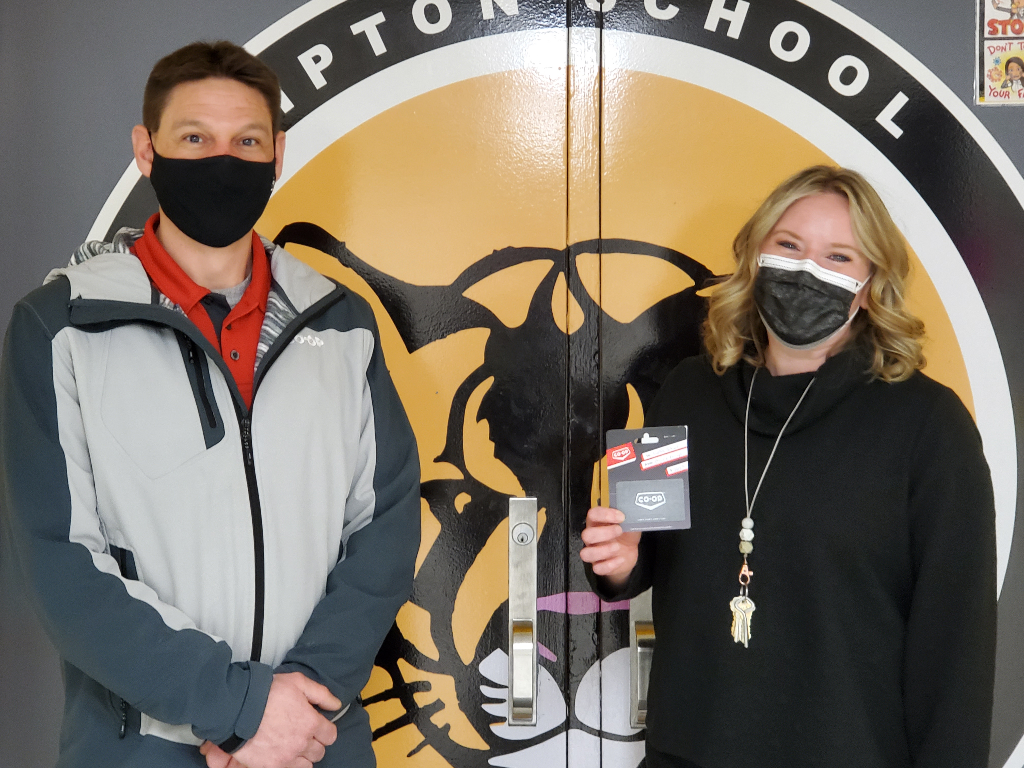 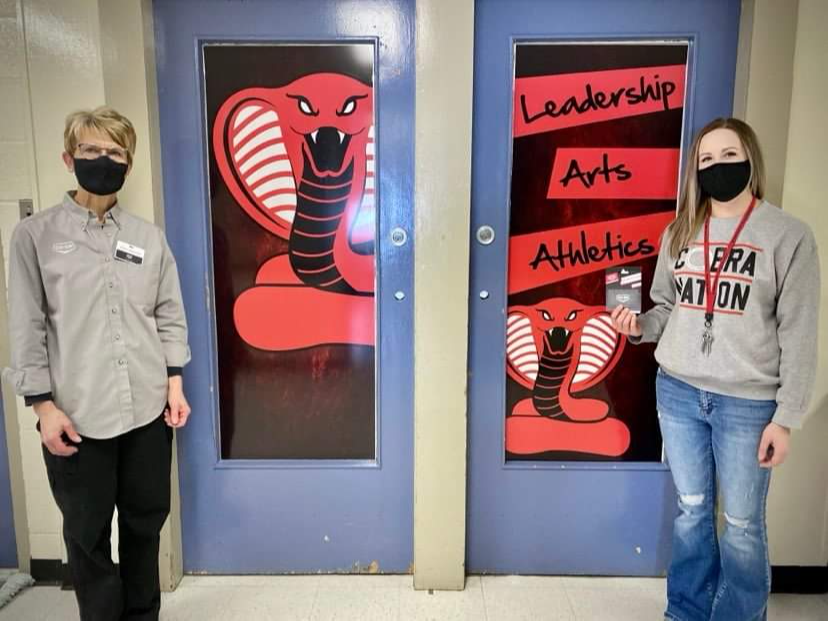 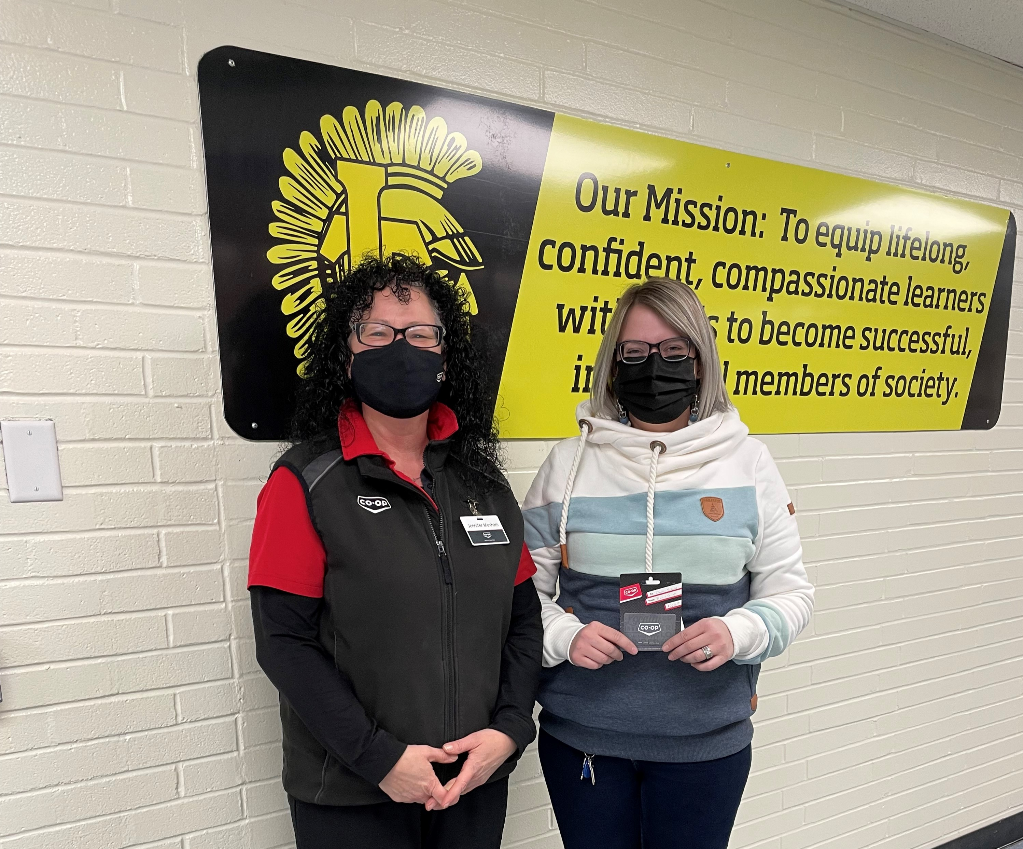 On Monday, February 7, the last Co-op Gift card was given out.  Donna Wilkes, the manager of the Fort Qu'Appelle Home Centre, presented Julie Stiglitz, Principal of Bert Fox Community High School, with a $260 Co-op Gift Card. 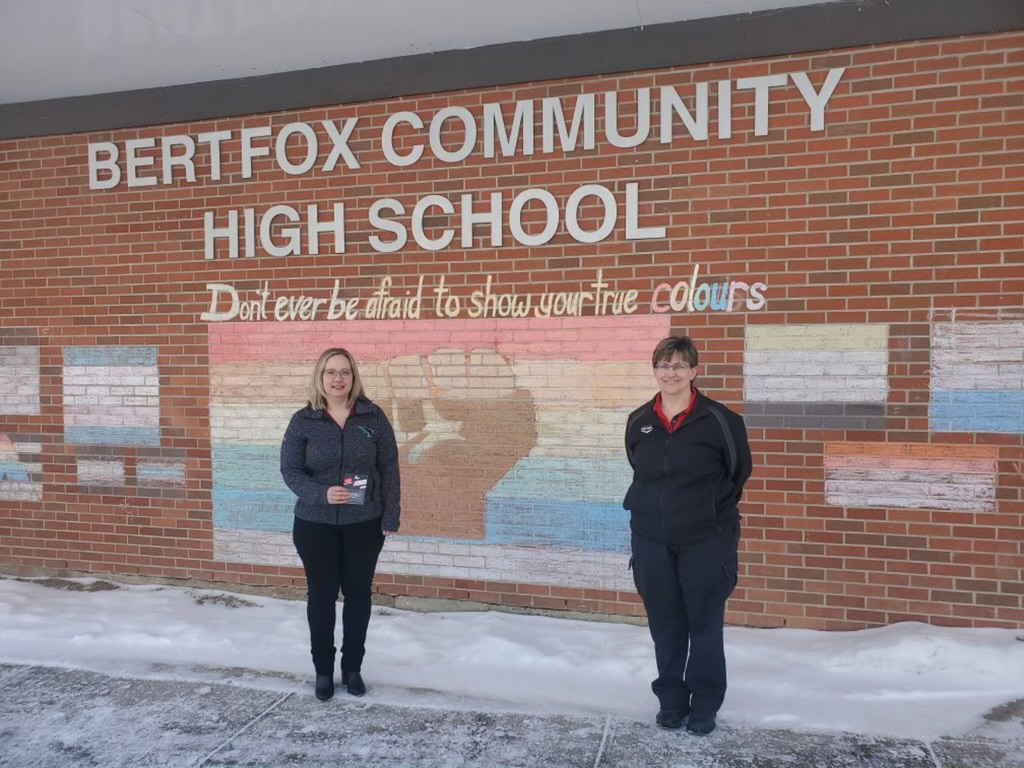 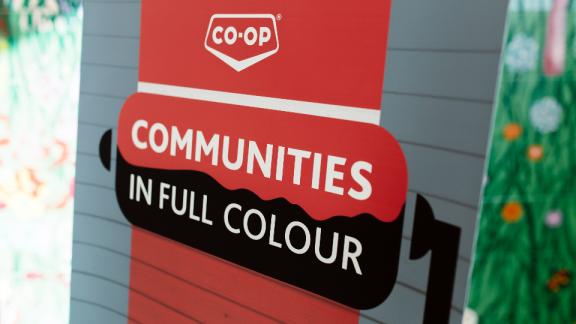 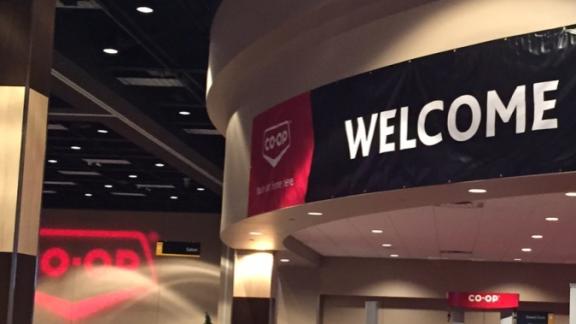 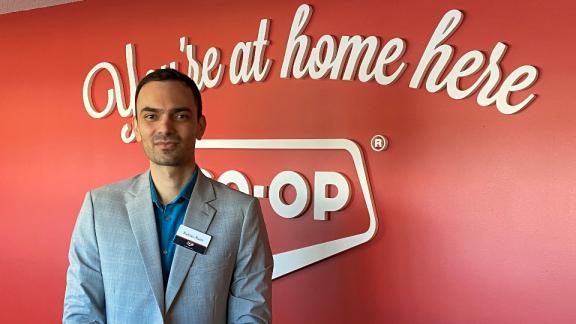